Home Shopping In the DRC and Mali, the NGO People In Need shows the impact of donations to the Czech public

In the DRC and Mali, the NGO People In Need shows the impact of donations to the Czech public

Lucie Chlubnová, you coordinate the humanitarian program of the Czech NGO People In Need for the Democratic Republic of Congo and Mali. Before discussing your work and the actions undertaken by this Czech NGO of prime importance, I would like to come back to your background: what led you to get involved in this sector?

“I think it all started with my interest in languages ​​and travel when I was younger. After school, I took French and English lessons, I liked to travel. Later, I applied almost by chance for a bachelor's degree in Brno, at Mendel University. It was a degree in international relations but very focused on developing countries. I really loved the problem, the fact that it was multidisciplinary, with a bit of economics, history, geography... There was also a first opportunity to go into the field: I left for one or two months in South Africa. This is also how I decided to continue my studies in France, at the Institute for Development Studies at the Sorbonne, where I was able to discover the subject in great depth. It's a course that puts a lot of emphasis on both the theoretical side and the practical side, 50% lessons and 50% lessons too, but with professionals. After finishing my studies, I started working directly for People In Need in Prague. »

Between 2018 and 2020, you lived on site, in the DRC, to manage People In Need programs. You said that you had spent some time in South Africa before, but what were your first real experiences on the ground?

“I had several small experiences through internships or projects that I found myself. Previously I had worked for a small NGO, Djantoli, based in Paris: I therefore spent two months in Burkina. From there, I went with another student association to Uganda for a few months. Before starting to work on the DRC for People In Need, I assumed a support position for their projects in Mongolia and Afghanistan. I worked for two months in Afghanistan. These are my various experiences in the field before working in the Congo and directing the program there. »

When we talk about People In Need, we spontaneously think of the work of the NGO in the Caucasus, but also in Central Asia, or further south in Sri Lanka. But it is also present in Africa. Since when has the Czech NGO been present in the DRC, where exactly and what is the current situation in the region where it is located? What are its actions developed on site?

“The NGO People In Need has been present in the DRC since 2008 where all the first steps were launched with registration applications etc. Currently we are working in the east of the DRC, in the province of South Kivu, sometimes we also go to Manyama, a neighboring province. It is a rather special region, very affected by the various conflicts that have lasted for twenty years. These are conflicts of different local armed groups, of neighboring countries. All this with a complicated political situation, the presence of natural mining resources etc. We mostly run shorter, humanitarian projects focused on food security and nutrition. We work a lot in remote places, in rural areas. Which comes with a lot of challenges. Roads and infrastructure in the east are very sparse. The trips and especially the delivery of everything necessary for the realization of our project are always a challenge. »

That was sort of my next question concerning the material conditions in which you worked on site… But perhaps you can give us details of the security conditions? 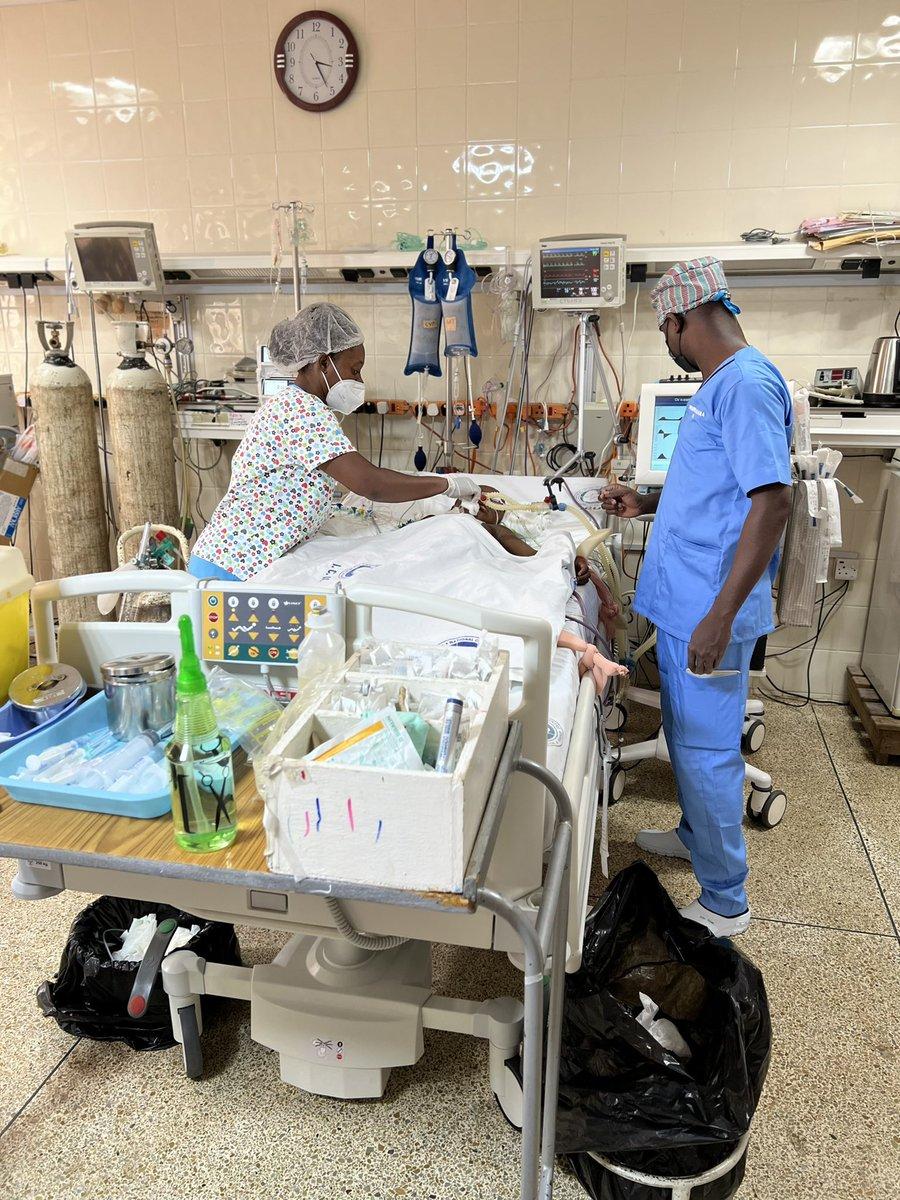 “What struck me the most, like probably everyone else, was the presence of weapons, which are even sometimes in town, in the street. You can see people who aren't even necessarily soldiers, walking around with Kalashnikovs. This is also the case in some places in the countryside. When we work, we have safety rules, there are people who are in charge of surveillance, intelligence to know the situation on the spot. We decide according to that whether or not to go to such a place or at such a time. We work closely with the community. It is very important that they accept us, that the projects are carried out in collaboration with them. If there are things that are likely to happen, we are informed and we have time to leave eventually or to change places. But we don't operate in areas of open conflict, rather where there has been a lull, or in areas where people have taken refuge. »

What did you take away from this two-year experience?

“Of course, it allowed me to reflect on my priorities, to appreciate more what I have in my life, on the things that I found completely normal like walking alone at night for example. »

Planning for later life How to decide where you should retire https://t.co/4mk3v36CNE

How do you return to your “normal” everyday life, to your usual life in Europe with the facilities that implies? Was it your choice after two years in the DRC or is it an established rule to only stay there for a certain time?

“There really aren't any rules. We take great care over our employees so that they are in good psychological condition, fit and happy with their work, because yes, there are many challenges that arise. It's individual: everyone has the possibility of staying longer or shorter. Me, it was a personal choice for my private life. But I still work for the DRC, I go back there regularly. So it's not that I was exhausted with no desire to come back. It was an enriching experience. It should also be explained that as an expatriate, you are not going to find yourself for two years in the middle of nowhere. We have offices in the capital of the province. In most cases, you conduct field visits of two, three weeks, or a month maximum. So even if there are constraints in the city, in terms of security in particular, it allows a life closer to what we know in Europe. It is also very important for us to work with our local employees who have a better ability to work with the communities on site: they know them, speak the same language, know the codes and the key people to approach. »

It is important that the people concerned are directly involved...

" Absolutely. We are also working on empowering our colleagues who increasingly assume more important positions in the organization. Our goal is for there to be fewer and fewer expatriates because everything will be managed on site. We have around 100, 120 employees depending on the projects in progress, and between three and five expatriates. The mission really relies on the local employees. They are the pillars. »

People In Need is also involved in Mali where the Czech presence is not only humanitarian, since the Czech Republic officially participates in the European force Takuba, a military mission responsible for supporting the Malian army. One of the problems facing this country, in addition to poverty, are also the radical armed groups that are rampant. In which regions is the NGO involved? And what kind of missions do you carry out there?

“People In Need has just started the registration process with the Malian authorities. We have already made good progress. The project that is carried out is implemented directly in the field by the German NGO Welt Hunger Hilfe, in cooperation with People In Need in an advisory and monitoring role. It is in the Kayes region, to the west, on the border with Senegal. We make regular visits there, whether it's me for monitoring or advisers from People In Need on subjects such as agriculture or climate change. It is a three-year project that has just ended. We are negotiating a one-year extension, but it is not certain. The project is financed by the Czech Ministry of Foreign Affairs. At the start of the project, the Kayes region was not too affected by the conflict in the north, but as it spreads from the north to the center, we are also seeing new problems in this region too, with attacks. So in areas that used to be pretty safe, you're starting to see some influence from the ongoing conflict in Mali. »

Before Christmas, People In Need published videos that you made with Malians to present the concrete effects of donations that Czechs can make: this is also one of the organization's projects that runs throughout the year: the “skutečný dárek”, the “true gift”. What is it exactly?

“It's a way to show the Czech public the reality of their donations, to show them what is being done on the ground with the money they send us. The themes of 'real gifts' are suggested by staff in the field, like me when I was in Congo. We suggest what could be useful on the spot and for which we do not have funding from traditional institutional donors. So if someone contributes to the purchase of a goat, we ensure that the beneficiary receives something similar: either food for the animals, or a goat, or veterinary care. It is an opportunity for donors to choose the form of their support. We try to share testimonials from people who have received these 'real gifts' to show the impact of donations and how much it can change people's lives. In Mali, we worked a lot with goats and fish. It is accompanied by other things like trainings of all types before providing full support and ensuring sustainability. In the Congo, we have used a lot of everything related to the care and treatment of malnutrition. »

Does the reality on the ground confirm the progress of things? Are you satisfied with the way your actions bear fruit and the handover to local employees?

“When I visited our project in Mali, I could see a great example of how things had changed. It's a resilience project: we work a lot with farmers and breeders around access to water. Dams and wells were built. In Mali, as it is an area of ​​the Sahel, there are long periods of drought and then it rains, but the rains can also lead to flooding when the ground does not absorb the water quickly enough. Hence these developments of the territory with dams for example. I visited several places where, thanks to the dams, the various existing wells were filled and the villagers came back and revived the village by planting new trees to prevent erosion. In Congo, as we are working on malnutrition, I visited hospitals and saw the condition of children when they arrived and when they left. The difference was obviously amazing. These are experiences that motivate me and allow me to see further, to give hope that things can change in the future. »

what is the role of a purchasing center