The Commission is today proposing to the European Parliament and the Council to sign a declaration of digital rights and principles which will guide the digital transformation in the Union.

The draft declaration on digital rights and principles aims to give every citizen a clear idea of ​​the digital transformation that the Union promotes and defends. The statement will also serve as a guide for policy makers and businesses in new technologies. The rights and freedoms enshrined in the EU legal framework, as well as the European values ​​expressed by the principles, should be respected online as they are in the real world. After its joint adoption, the declaration will also define the approach to digital transformation that the Union will promote worldwide.

Ms Margrethe Vestager , Executive Vice-President for a Europe Fit for the Digital Age, said: “We want secure technologies that serve citizens and respect our rights and values. And even on the internet. We want to give everyone the means to actively participate in our society, where digitization is advancing rapidly. The declaration gives us a clear point of reference regarding the rights and principles that govern the online environment.”

Internal Market Commissioner Thierry Breton said: “We want to say this to European citizens: to live, study, work or do business in Europe, you can count on optimal connectivity, easy access to services audiences and a safe and fair digital space. The Declaration of Digital Rights and Principles further solemnly proclaims that what is illegal in the real world should also be illegal online. Our ambition is to make these principles a global standard”.

Rights and principles in the digital age

The draft declaration focuses on rights and principles that are essential for digital transformation, such as putting citizens and their rights at the heart of this process, supporting solidarity and inclusion, guaranteeing freedom of choice online, encouraging participation in the digital public space, enhancing people's safety, security and empowerment, and promoting the sustainability of the digital future. 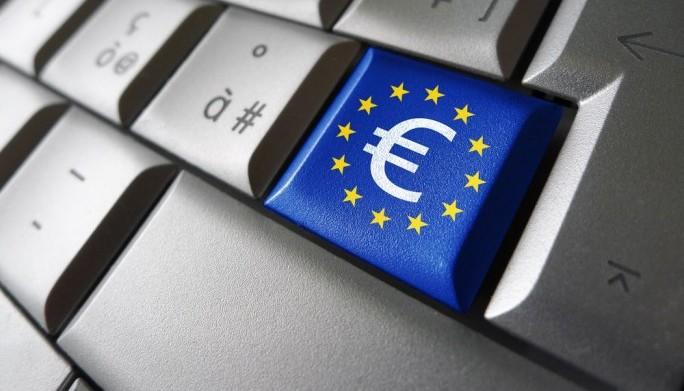 These rights and principles should accompany EU citizens in their daily lives: high-speed and affordable digital connections everywhere and for everyone, well-equipped classrooms and teachers with digital skills, access access to public services, a safe digital environment for children, disconnecting after hours, providing easy-to-understand information about the environmental impact of our digital products, and controlling how data is used of a personal nature and their sharing with third parties.

The declaration is anchored in Union law, from the Treaties to the Charter of Fundamental Rights, but also in the case law of the Court of Justice. It is based on the experience gained with the European Pillar of Social Rights. In 2018, the former President of the European Parliament, David Sassoli, defended the idea of ​​including access to the Internet among human rights. The promotion and application of the principles set out in the declaration will constitute a shared political commitment and responsibility of the Union and its Member States within the framework of their respective competences. In order for the declaration to produce concrete effects on the ground, the Commission proposed, in September, to monitor progress in its application, assess shortcomings and make recommendations for action to be taken within the framework of an annual report on “the progress of the digital decade”.

The European Parliament and the Council are invited to examine the draft declaration and endorse it at the highest level by the summer.

On 9 March 2021, the Commission set out its vision for Europe's digital transformation by 2030, in its digital compass communication: "Europe leading the digital decade". In September 2021, the Commission put in place a robust governance framework to achieve the digital goals, in the form of a way forward for the digital decade. In a speech at the 'Leading the Digital Decade' event in Sines, Portugal on 1 June 2021, Commission President Ursula von der Leyen said: "We are embracing new technologies, but we remain faithful to our values”.

The Commission has also carried out an open public consultation, which has shown that there is broad support for European digital principles — 8 out of 10 EU citizens consider it useful for the European Union to define and promote a vision European Union of digital rights and principles – confirmed by a special Eurobarometer survey. Annual Eurobarometer surveys will collect qualitative data on citizens' perception of the concrete application in the Union of the digital principles enshrined in the declaration.

The declaration is also inspired by previous initiatives of the Council, such as the "Tallinn Declaration on e-Government", the "Berlin Declaration on the digital society and value-based digital government" and the "Declaration Lisbon – Digital democracy with a purpose” on a digital transformation model that would strengthen the human dimension of the digital ecosystem and have the digital single market as its core.

Communication "The way forward for the digital decade"

Berlin Declaration on the Digital Society and Value-Based Digital Administration

what to do in class life after the council